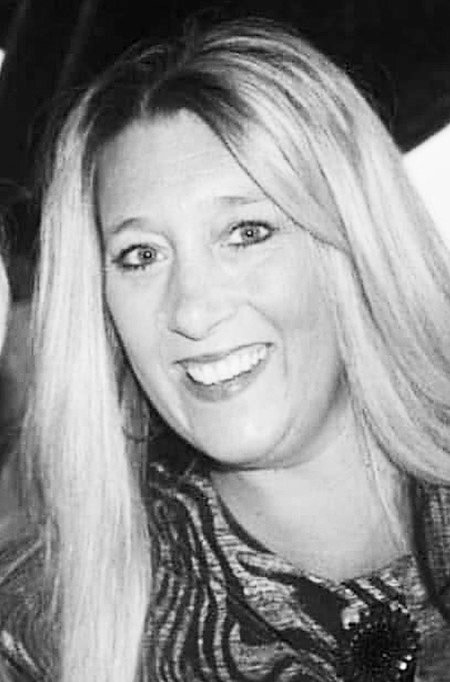 Posted Wednesday, January 12, 2022 4:55 pm
Shannon Leigh Fender, 50, of Jasper, passed away Tuesday, January 11, 2022, at UAB Medical Center West.
The family will be receiving friends on Friday, January 14, 2022, from 4 until 6 p.m., at Kilgore-Green Funeral Home. Service will follow at 6 p.m., in the Kilgore-Green Chapel.  Burial will be at Wedowee Memorial City Cemetery Monday, January 17, 2022, at 1 p.m. Matt Browning and Alan Beasley will officiate.
Shannon was born into a military family in Heidelberg Germany. She lived in multiple locations due to posting. Her father retired from the military to teach JROTC at Walker High School. Shannon began being part of the community in 1985. She graduated Walker High School in 1991, where she was a cheerleader. She loved gymnastics in her early days and was a very accomplished gymnast. She loved working with Autistic Partnership in California and selling wedding dresses at Diane’s Formal Affair. Shannon had a heart of gold, it showed in her love for her pets and her family. Her daughter, Julianna was her life. She will be missed by many.
She was preceded in death by her father, LTC Charles K. Fender; grandparents, Kermit and Myrtis Hanson, Newman and Sue Upchurch and Julian Fender.
She is survived by her daughter, Julianna Fender; mother, Marsha Diane Hanson Fender; brother, Alan “Keith” Fender (SuzAnne S); nephews, Kamp Fender (Amanda) all of Colorado, Kyler Fender (Molly) and Keegan Fender all of Opelika; Uncle Jim and Aunt Ruth of New Hampshire; and a host of other relatives and friends.
Pallbearers will be Kyler Fender, Keith Fender, Jerry Browning, Matt Browning, Roger Wilson and Phil Hanson.
In Lieu of flowers, the family request donations be made to the  Surviving Daughter's Educational fund "Julianna Fender".
Kilgore-Green Funeral Home, Jasper; 205-384-9503
January 22, 2022
Welcome! Login | Register for free access
Subscribe | Advanced search