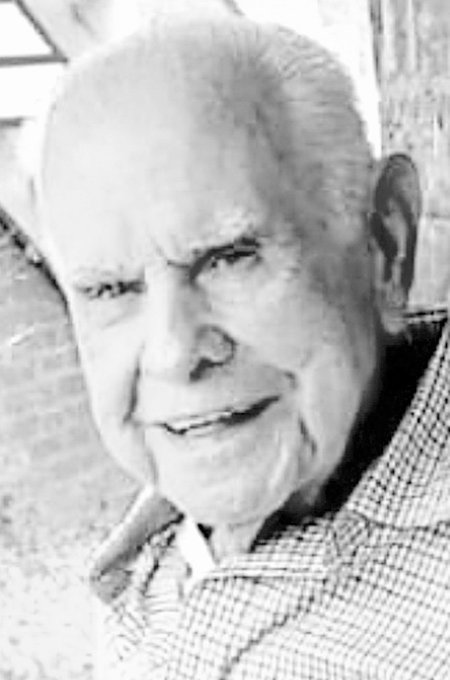 Posted Friday, April 15, 2022 2:21 pm
JW Tucker departed this world Wednesday, April 13, 2022, having spent 91 years enriching the lives of all who knew him.
He left behind his wife of 72 years, and oversaw the birth and prosperity of four successive generations. He acted as an elder at Carbon Hill Church of Christ, lending to the congregation the same kindness and wisdom with which he lead his family.
His working life found him working variously as a prison guard, an insurance salesman, and a woodworker, but this is far from an exhaustive list. A more useful document might detail the positions he didn’t work instead.
More important than any of these, though, were his three passions: the purchasing, repairing, and selling of broken lawnmowers; the keeping of the finest vegetable garden in the county; and the ceaseless pursuit of annoying his wife as much as possible. If not engaged in any of these activities, he could generally be found fishing or doting on one of the cats and dogs that took up permanent residence under the carport or in the gazebo, or otherwise regaling all that would listen with one of his library of tall tales, none of which were without valuable lessons.
His home was rarely without some sort of small engine vehicle, be it an ATV, a golf cart, or a scooter. Frequently he would be found wheeling one of his many grandchildren around the property. A prerequisite for ownership of these, much as with the above mentioned lawnmowers, seemed to be that they be hopelessly broken upon their purchase. Under his care, they would, without fail, roar back to life shortly after their arrival.
Few who met JW walked away as strangers, and even fewer walked away as enemies. His being was one of unparalleled warmth and generosity, and hatred was antithetical to his very existence. The only day he ever left the world a poorer place was on the day he departed it, and even then, he left behind innumerable happy memories to ease his passing from us.
A visitation will be held Saturday from 1 to 2 p.m. at Carbon Hill Church of Christ. A funeral service will be held at 2 p.m. at the church. Phillip Harkness will be officiating. Burial will follow at Carbon Hill Memorial Gardens.
Wilson Funeral Home & On-Site Crematory, LLC, Carbon Hill; 205-924-4147
August 16, 2022
Welcome! Login | Register for free access
Subscribe | Advanced search