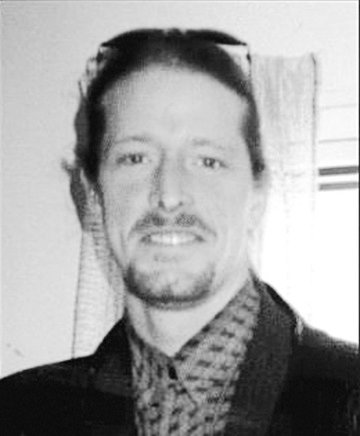 Posted Friday, May 13, 2022 12:41 pm
John Tubbs, Jr., 52, died in Oakman on April 6, 2022. John was born May 12, 1969, in Nuremberg, Germany, where his mother (Amy Kline) and father (John Tubbs, Sr.) were living while John Sr. was serving in the U.S. Army. John grew up in Ingleside, Illinois and attended Gavin Grade School and Grant High School, where many teachers and fellow students were amazed at his photographic memory and artistic abilities.
John worked as a painter and laborer/carpenter throughout most of his adult life. He traveled with some of those jobs taking him to Colorado, and after Hurricane Katrina to New Orleans, Louisiana after which he went on to reside in Alabama. John loved being outdoors, playing volleyball, fishing and hanging out with his dog, Snowflake. He was an avid follower of sports teams, especially Chicago Bears, Chicago Cubs and the Alabama Crimson Tide. As a hobby, John would often create signs and artwork depicting these teams and share with others. John enjoyed listening to music, and being a teenager of the 80's was particularly fond of hair bands, which he loved to channel by singing karaoke (some of his favorites being Guns n Roses, Cheap Trick, Motley Crue and Bon Jovi).
He is urvived by his mother, Amy Kline of Pell Lake, Wisconsin; his sisters, Christine Asbrock of Antioch, Illinois and Melissa Jeffers of Ingleside, Illinois; niece, Sydni Jeffers; nephews, Dane and Logan Murray. He is also survived by many aunts, uncles, cousins and many friends.
He was preceded in death by his father, John Wayne Tubbs, Sr.
A graveside burial service will take place Monday, May 23, 2022, at 11 a.m. at Hillside Cemetery, 800 block of Carter Street, Genoa City, Wisconsin 53128, all are welcome to attend. Online Condolences at haaselockwoodfhs.com.
Haase-Lockwood & Associates, Funeral Home & Crematory; 262-723-6390
July 2, 2022
Welcome! Login | Register for free access
Subscribe | Advanced search