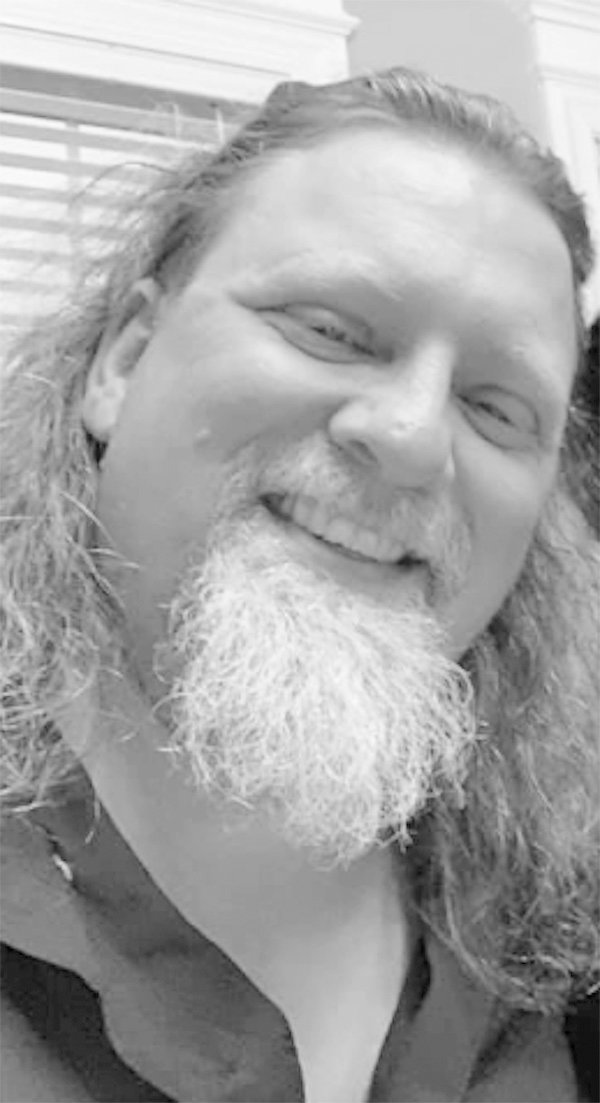 Posted Monday, November 29, 2021 4:38 pm
February 28, 1973 – November 25, 2021
Jason Marion Speegle, 48, of Jasper passed away peacefully Thursday, November 25, 2021.
Family will be receiving friends on Thursday, December 2, 2021, from 12:30 until 2 p.m., at Kilgore-Green Funeral Home. Service will follow at 2 p.m., in the Kilgore-Green Chapel, with burial at Mt. Joy Cemetery.
.
He was preceded in death by his grandfather, the Rev. Herman Marion Abbott.
He is survived by his beautiful daughter who was his world, Kaitlyn Nichole Speegle; loving mother, Donna Kaye Abbott Mauldin; step father, David Mauldin; grandmother, Ruby Abbott; special uncle and aunt, Benjy Abbott (Kim); special cousins, Natasha Kilpatrick, Daryl Abbott and Kacy Vail; special love, Melissa Fox; step brother, Raymond Mauldin; step sister, Amanda Tyler, along with a host of family and friends.
Jason ‘J Curly’ Speegle was best known as the lead guitarist for Rock ‘n Roll Hall of Famer, Leon Russell. He also lent his talents to Eddie Hinton, Taylor Hicks, Adam Hood, Damon Johnson, Grammy Award winner O’teil Burbridge, Kenny Olson “Kid Rock”, Willie Nelson, Dave Mason, Bob Dylan, Sonny Landreth, Johnny Winter, John Lee Hooker, Ray Charles, Warren Haynes, and Jack Pearson both from the Allman Brothers Band.
Jason, better known to his fans and musical peers as “J Curly” a name given to him by Leon Russell, was considered one of the nation’s top leading slide guitarist of his generation.  His lead guitar work was swampy and soulful and his vocals carried a rare combination of grit and passion.
For many, the most meaningful part of Jason Speegle‘s career was in his songwriting. One of his most well-known and popular songs from his latest album released by Groove Yard Records was called “The River”, a song written while he was on tour about missing his home in North Alabama and wanting to come home to his daughter Katie.
Jason once shared in an interview that he was strongly influenced by artists like “The Swampers” from Muscle Shoals and many other artists including Aretha Franklin, Dwayne Allman, LeVon Helm, Jimmy Hendrix, Chris Cornell and Jeff Beck.
He graduated from Curry High School in 1991 and attended Wallace State College where he was top in his class for jazz/classical guitar.
To fans around the world, he was “J Curly” but to his friends and family, he was simply Jason, our loving father and son.
I am standing on the mountain
I can hear the angels' songs
I am reaching over Jordan
Take my hand, Lord, lead me home
All my burdens are behind me
I have prayed my final prayer
Don't you cry, over my body
'Cause that ain't me, lying there
Lyrics by Jamey Johnson “Lead Me Home”
Kilgore-Green Funeral Home, Jasper; 205-384-9503
January 25, 2022
Welcome! Login | Register for free access
Subscribe | Advanced search