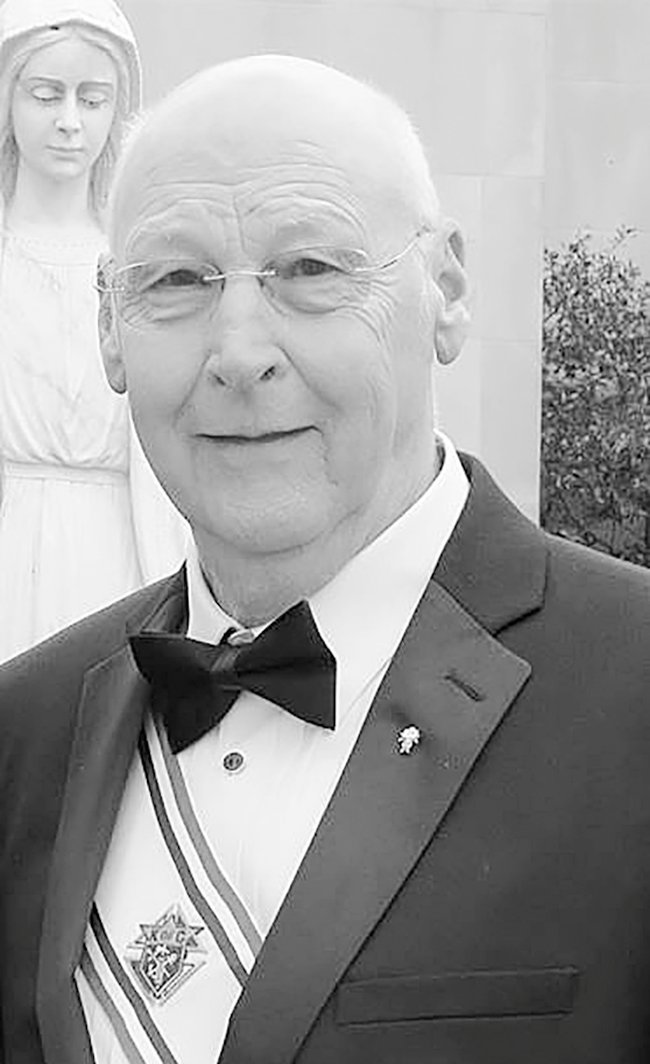 Pam Palmer
Posted Monday, May 16, 2022 2:45 pm
Gary Joseph Palmer, 72, of Adamsville,  with his family at his side, took his last breath on Earth and first breath in Heaven on Thursday, May 12, 2022.
Born on July 15, 1949, in Clinton, Missouri to Harry Clarke Palmer Jr. and Lois Clara Mueller Palmer. He was their first born.
Baptism was his first outing on July 24, 1949. He received First Communion on December 8, 1956, and was Confirmed on June 8, 1958. All of these Sacraments took place at Holy Rosary Catholic Church in Clinton, Missouri.
Gary worked for several of his high school years at the Palmer Drive-In A & W Root Beer stand owned by his parents. He also worked at the Plaza Super Market which was owned by his father and uncles. He was very athletic and was on the baseball, football and wrestling teams. Gary was offered a college scholarship to play football at the University of Missouri but blew out his knee during one of his last high school games. He Graduated from Clinton High School on May 18, 1967.
His pride was coaching his son, Chris’ baseball team. They won the 1978 Little League Minors, the 1982 Babe Ruth All Stars, and in 1983 placed 4th in the State of Missouri All Stars.
Gary owned several businesses in Clinton including a carwash and laundry mat for about six years. He worked a number of years as a truck driver for Clermont Cheese and McCormick Spice Company. Later, he was employed by Zenith Manufacturing Company in Clinton, Missouri, and quickly rose to the position of general manager where he manufactured fireworks for more than 20 years and was well known in the fireworks industry as “Mr. Assault Chopper.” In March of 2000, Gary left Clinton, Missouri and moved to Adamsville. He became the general manager for Crazy Bill’s Fireworks.
On February 16, 2002, Gary married Pam and their families became one huge family. The two of them celebrated their 20th wedding anniversary this year. He was lovingly known by his grandchildren as Papa, Grandpa Gary and Pop Corn. Together they had 10 children, 24 grandchildren and eight great grandchildren.
Gary made sure that every member of his family had a nickname. Sugar, Buster Boy, Lippy, Girly Girl, Little Buddy, Mosey Man, Pooh Head, Scooter, Sissy Pooh, Buster, Little Buck, Shorty, Bebop, Short Round, Squawk Box,  and so many more!
One of his proudest accomplishments was following in the footsteps of his father and grandfather when joined of the Knights of Columbus in 2016. He later became a 4th Degree Knight on February 18, 2017.
Gary was diagnosed at Stage IV Renal Cell Carcinoma in February of 2016. He received chemo everyday for almost six and a half years. He fought a hard battle. His days of fighting have come to an end, and he now looks upon the face of his Savior.
Gary is survived by his wife of 20 years, Pam Cairns Palmer; daughters, Stacey Deeter (Rick) and Kascey Epps (Craig), of Florida, and Kellan Palmer (Nate) and Amber Volmer (Jamie) of Missouri; son Chris Palmer of Florida; brother, David Palmer (Cindy) of Missouri; bonus children, Nalani Lukela, Dylan Lukela, Ethan Denham, Lisa Easterwood (Brandon), Tuesday Shaw, Christina Neiman (Chris), and Luke Mosley; uncle, Jack Palmer (Grace); several aunts, and many cousins, nieces and nephews.
Preceding him in death were his parents, Harry Clarke Palmer Jr. and Lois Clara Mueller Palmer; brother, Bruce Clarke Palmer; son, Cody Lee Palmer; grandson, Zachery Allen Palmer; paternal grandparents, Harry Clarke Palmer Sr. and Elizabeth Elsie Smith Palmer; maternal grandparents, Alfred Joseph Mueller Sr. and Nettie Hazel Heacock Mueller.
Visitation will be held on Tuesday, May 17, 2022, at St. Patrick Catholic Church in Adamsville, from 10 a.m. until noon. The funeral mass will begin at noon with Fr. Vernon Huguley as the celebrator. Burial will be at Oak Hill Cemetery in Jasper. In lieu of flowers, Gary’s desire was that donations be made to the St. Vincent DePaul Foodbank at St. Patrick Catholic Church 301 Shamrock Trail Adamsville, AL 35005.
The Palmer Family would like to thank Dr. Steven Beck and all those at the Bruno Cancer Center for their years of love and encouragement; our special friend and pastor, Fr. Vernon Huguley for his many trips to the Palmer home in order to bring communion and anointing of the sick to Gary and the family; Hope Hospice for their loving care during Gary’s last few days; and our many prayer warrior friends and family.
Online condolences can be made at www.newhorizonmemorial.com. New Horizon Memorial Funeral Home directing.
New Horizon Memorial Funeral Home, Dora; 205-649-2323
June 27, 2022
Welcome! Login | Register for free access
Subscribe | Advanced search