Florida picked as the No. 2 team by three pollsters

Members of the Daily Mountain Eagle staff wrap up their SEC team rankings today with their No. 1 and No. 2 picks.

All four have Alabama as the No. 1 team in the conference, and three of the four have Florida at No. 2.

Here is a look at the their top two.

The 2020 season has a huge question mark over it. Every team in the SEC also has its share of question marks, but Alabama has less unknowns than other teams and a schedule that lines up for the Crimson Tide to reach another College Football Playoff. Home games against Auburn and Texas A&M are key. The opener against USC shouldn’t be a problem. The early matchup against Georgia will show which of those programs are a step ahead. Whether it’s Mac Jones or Bryce Young at quarterback, they will have a strong offensive line and plenty of threats at the skill positions, including running back Najee Harris and two All-America-caliber receivers in DeVonta Smith and Jaylen Waddle. The defense was an issue in 2019. That won’t be the case again in 2020. Nick Saban won’t stand for that two seasons in a row.

Kyle Trask is one of just a few returning starting quarterbacks in the SEC, and coach Dan Mullen will use the experience Trask gained in 2019 to push Florida to the top of its division. An early game with Tennessee could be a trap for the Gators, but the roster returns enough to win a close game against the Volunteers before going on a roll to get a revenge win against LSU and finally taking down Georgia. A Florida versus Alabama matchup is always fun for the SEC championship. Those two teams and Auburn will be in the conversation for the College Football Playoff. This will be another year where two SEC teams make the cut. 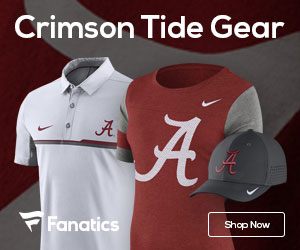 Alabama is going to be back on top of the SEC -this season — surprise. Now that LSU’s miracle 2019 run is in the books, things can return to the norm if we have a season in 2020. Last year, I heard fans say that the Crimson Tide would be back and take care of business after getting hammered by Clemson in the championship game. They didn’t. Not even close. I’m hearing the same chatter again this year, but this time I actually believe it. Alabama has enough talent back across the board to be one of the true title contenders. If the Tide can stay away from injuries, I can see them running the table in 2020. Alabama could probably take an upset loss to either Georgia, LSU or Auburn, and still make its way to the SEC Championship Game.

Can Dan Mullen get Florida over the hump in his third year in Gainesville? Sure, why not? In his first two years, the Gators have won 21 games and finished ranked in the top 7. This year, they clear that Georgia hurdle that has held them back for the last three seasons. Florida came close to knocking off the Bulldogs last year, losing 24-17. I’m not predicting Florida to go undefeated, but they can afford a loss and still make it to the SEC Championship Game. The schedule sets up nicely with Ole Miss replacing Auburn and the annual showdown with LSU coming at home. The toughest road game is Tennessee and Florida State is still in rebuilding mode with new coach Mike Norvell inheriting a program that’s had back-to-back losing seasons.

If a “down” year can be summarized as going 11-2, many teams would love to have such a “down” year. In Tuscaloosa, 2019 was a “down” year, coupled with no SEC title game appearance and missing the CFP playoffs. Now the Tide will be out for a vengeance and their opponents will suffer. All quarterback Mac Jones has to do is find the open man and hand off to Najee Harris and the deep running back squad. The defense should be much improved after last year’s shaky performance. I see ‘Bama’s two biggest headaches on the season to be the annual Iron Bowl matchup with Auburn to close the regular season and in a rematch with Georgia for the SEC title — both of which the Tide will win, but not without some difficulty.

The Bulldogs enter the season with a lot of unanswered questions and quite a few tough matchups early in the year. With Jake Fromm gone from under center and a new offensive coordinator in Todd Monken, Georgia will have some growing pains to overcome. The opener against Virginia, a consistently improving program that went 9-5 in 2019, will give the Bulldogs their first loss, followed by an SEC loss to Alabama in Bryant-Denny two weeks later. But two weeks of adjustment against ULM and Vandy will help right the ship, with Georgia scoring their first big win against Auburn and going undefeated for the remainder of the regular season. Unfortunately for the Bulldogs, ‘Bama will await them in the SEC title game.

Alabama is once again atop the preseason projections in the SEC, but that doesn’t mean there aren’t a lot of questions to be answered in Tuscaloosa. Of the Tide’s phenomenal receiving corps from a year ago, DeVonta Smith and Jaylen Waddle return. Tua is now in the NFL and his younger brother, Taulia Tagovailoa, transferred. Mac Jones proved capable at the end of the 2019 season, but has a lot of room to grow. Perhaps most importantly is can the defense stay healthy? That has been a problem for Nick Saban’s team for several years now. ‘Bama has perhaps the toughest schedule in college football, beginning with USC in Arlington. Georgia comes to Bryant-Denny Stadium in week three, then Alabama travels to Tennessee and LSU before closing out the season with back-to-back games at home against Texas A&M and Auburn.

The Gators came within seven points of beating Georgia for the first time since 2016 a year ago. Combine that with the loss to the eventual National Champions, LSU, and Florida finished with an 11-win regular season. It has been slow going for Dan Mullen in Gainesville as he is trying to not only rebuild the program, but also change the sometimes-toxic culture at Florida. With Georgia losing seven players to the NFL draft, look for the Gators to end the losing streak to the Bulldogs and secure a spot in the SEC Championship Game.