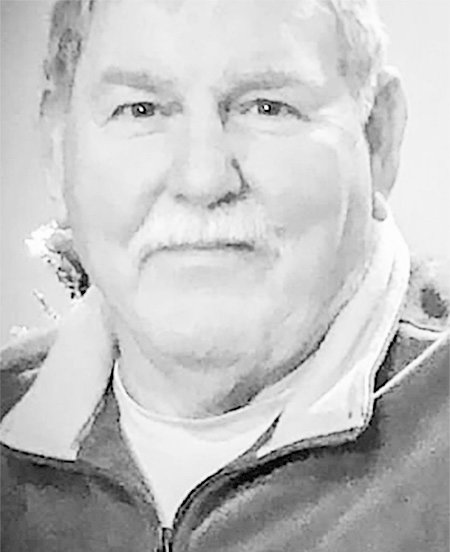 Posted Monday, April 11, 2022 2:23 pm
Carlos Eugene Smith, 69, of Jasper, gained his heavenly wings Wednesday, April 6, 2022, at home with his family.
Carlos was born May 18, 1952, in Jasper. He married Shelby Keeton Smith on August 16, 1975, and they lived happily together for 47 years. Carlos was an active UMWA member for 21 years as Shelby worked as a nurse. Together they raised two children, Kimberly Smith Gray and Kiley Keeton Smith.
Carlos enjoyed being involved in the lives of his children. He was their number one fan in all they pursued. Carlos also enjoyed restoring classic cars, attending car shows with Kim, helping Kiley excel in sports, and occasionally visiting his bingo establishments.
In 2009, his one and only grandchild was born, and his life was forever changed. Carly Danielle Gray, his “Little Bit” or “Baby Doll”, was his pride and joy! He was involved in her life as much as he was in his own children’s lives. Fond memories of rocking her on the front porch, roaming Jasper looking for decorative donkeys, taking her to her first football game, roaming the neighborhood on the golf cart, and  supporting her on the ball field were made over the last 12 years. Pawpaw, Dad, will be forever in our hearts!
Carlos was preceded in death by his parents, Lewis and Martha Nelson Smith; his father-in- law and mother-in-law, Kenneth Ralph Sr. and Euelene Keeton; and older siblings, Quilla Smith Dotson, Georgia Nell Smith Barnett, and Louis (Jr) Smith.
Carlos is survived by his wife, Shelby Keeton Smith; daughter, Kimberly Smith Gray and husband, Daniel; son, Kiley Keeton Smith; his youngest brother-in-law, like a son to him, Kenneth Ralph Jr. “Bug” Keeton; granddaughter, Carly Danielle Gray; and two older siblings, Mary Smith Carey and William “Buddy” Smith.
Family and friends will celebrate Carlos’ life April 21, 2022, at Hope House Church from 6 until 8 p.m. Pastor Thomas Martin will speak for the family.
In lieu of flowers Carlos wanted contributions to be made to Hope House Church, St. Jude Hospital, or to your local homeless shelter.
Wilson Funeral Home & On-Site Crematory, LLC, Carbon Hill; 205-924-4147
June 28, 2022
Welcome! Login | Register for free access
Subscribe | Advanced search